Initially the big news coming out of the Bay Area was that longtime Frisco tight end Vernon Davis had been shipped to Peyton Manning and the Broncos. Then came the rumors of another big move before the deadline, Anquan to the Panthers? Not so fast.

Although it wasn’t a trade, it is an enormous change. The 49ers have decided to bench their struggling quarterback Colin Kaepernick for former Jaguar bust and Mizzou product Blaine Gabbert. Now the inevitable question becomes, will this move make the 49ers better?

Short version: hell no! So for those who are fine with that as an answer, you can now go back to making sure your fantasy football roster tinkering is done for the weekend. For those who want more of an explanation, I can help you out as well. 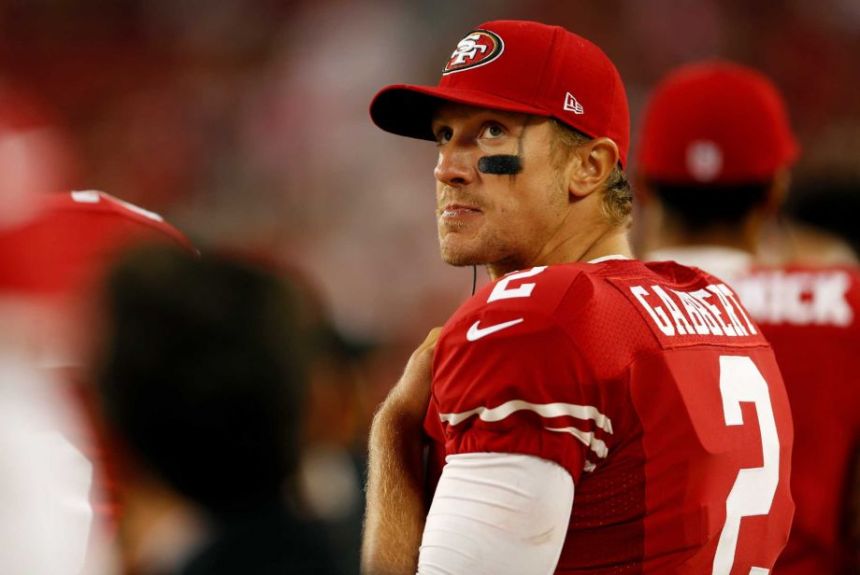 Let’s begin by looking at Blaine Gabbert from a numbers standpoint. The most games Gabbert has ever started came during his rookie year in Jacksonville, where he started 15 games and threw for 2,214 yards, 12 TDs, & 11 INTs. That really wasn’t an all that bad season when you take a look at that roster he had to work with and the transition he had to make coming from the spread offense at Mizzou.

Things began spiraling after his rookie season. Blaine couldn’t stay healthy and his production also saw a steep decline. His highest completion percentage of his career came in that second season, which saw him throw for a 58.3% completion percentage. That season Gabbert only threw the ball 278 times because of his injuries. His third season saw him get hurt and then leave Jacksonville for San Francisco as they crowned Blake Bortles as the replacement.

Now Gabbert finds himself in a situation where he can be the guy who takes over for a struggling quarterback and try to cement himself as the answer for San Fran. In my opinion that scenario playing itself out is unlikely. In all likelihood, this change at quarterback will make no difference as to how this season will play out for the 49ers. Consequently I’m not sold that Kaepernick has seen his last snap as a 49er this season. Gabbert is more likely to play so poorly, get injured (or both) that the 49ers and Jim Tomsula will put Kap back in under center.

This is just a tank job at this point in time, and if you think otherwise, you’re insane. The 49ers are currently 2-6 in a division with the Cardinals, Rams, & Seahawks. They have the worst quarterback situation and coaching situation out of all 4 teams in their division. Both of those will be solved this offseason.

I do believe that Jim Tomsula will return to the franchise next season, but he will be back as a coordinator and not as a head coach. I’m not sure who the next coach in San Fran will be, but you can bet the house that it will not be Jim Tomsula.

On the other hand, I do believe that Colin Kaepernick will be shipped elsewhere in the offseason. There will be a team that doesn’t think the QB class is a good one and they will take Kap over who they think will be available when they select in the draft or a team with an aging QB that sees a future after their QB with Kap. The 49ers are looking at one thing and one thing only. Christian Hackenberg or Jared Goff, and either would be a better option than what they have now.

Sorry 49er fans, it’s been a quick and fast fall from grace, and I think I speak for the whole other NFL teams’ fans when I say it couldn’t have happened to a better bunch. I’m sure you’re all enjoying life after Harbaugh, I know he is enjoying his. Rest assured that your team will have a high draft pick and a new promising QB soon, but in the meantime grab a few cold ones and just stay at home and skip out on the heartbreak that will go down at Levi Stadium.