NEW ORLEANS (FWAA) – The 2019 Football Writers Association of America-Shaun Alexander Freshman All-America Team presented by Stand Together features LSU cornerback Derek Stingley Jr., who is playing in tonight’s College Football Playoff National Championship at the Mercedes-Benz Superdome, two other members of the FWAA All-America Team, and four teams which have two players each on the 32-man list. 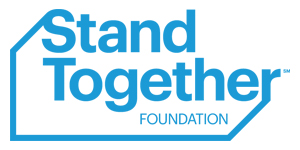 The Pac-12 Conference leads all conferences with six total selections, led by a pair from Oregon and UCLA, the Big 12 is next with five and the Atlantic Coast and Southeastern Conferences had four each. Alabama and Purdue tie Oregon and UCLA for the most from one school. All 10 FBS conferences and two independents are represented on the team.

Stingley Jr. is a consensus All-America selection and the most decorated freshman in LSU’s history. He was the 17th defensive true freshman to start a season opener for the Tigers (14-0), who face Clemson (14-0) for the national championship tonight at 8 p.m. ET on ESPN. He leads the SEC and is in the top five nationally in both interceptions (six, 5th nationally) and passes defended (21, 4th nationally). The Baton Rouge, La., product started all 14 games and is 10th on the team with 36 tackles – 30 of them solo – and had at least one tackle for loss in 13 games. He also returns punts and has 163 all-purpose yards, 146 of them on punt returns plus 17 more on interception returns. He is the grandson of the late Darryl Stingley, a former NFL player whose pro career ended with a spinal cord injury.

Miami defensive lineman Gregory Rousseau and Kansas State kick returner Joshua Youngblood joined Stingley as members of the both the FWAA’s Freshman All-America Team and the FWAA All-America Team. Both were second-team selections.

Rousseau, the ACC Defensive Rookie of the Year, finished with 15.5 sacks and in a tie for the third-most sacks in a single season for the Hurricanes. The redshirt freshman had 54 tackles and 19.5 tackles for loss. Youngblood helped set the Kansas State record with a 29.5-yard kickoff return average with a nation-leading three returns for touchdowns.

Oregon is the only school with a tandem on the same side of the ball. Defensive end Kayvon Thibodeaux was second nationally among freshmen with 9.0 sacks and third in tackles for loss with 14.0. Free safety Verone McKinley III came on in the second half of the season with four interceptions, tied for third nationally among freshmen. UCLA has offensive tackle Sean Rhyan, the first Bruins freshman to start a season-opener at offensive tackle in seven seasons, and punt returner Kyle Phillips, who was second in the nation with a 22.5-yard average.

Alabama middle linebacker Shane Lee moved into the starting lineup after a season-ending injury to Dylan Moses and led all SEC freshmen with 77 tackles and tied for fourth in the league with 5.5 tackles for loss. Evan Neal started all 13 games for the Crimson Tide at left guard, assisting on a line that gave up only 12 sacks in 381 pass attempts. Defensive end George Karlaftis was third on the Boilermakers’ defense with 54 total tackles (30 solo) with 17.0 tackles for loss and 7.5 sacks – the TFL count was the most by a Purdue player since 2011, and the sack total the highest since 2010. Boilermakers wide receiver David Bell, the Big Ten’s Freshman of the Year, led the conference with 86 receptions in the regular season for 1,035 yards and seven touchdowns. Purdue has had a FWAA Freshman All-America wide receiver in consecutive years following Rondale Moore last season.

North Carolina quarterback Sam Howell is one of two signal-callers on the team. His 38 passing touchdowns are the most by a true freshman in FBS history. The previous record was 30 from Clemson’s Trevor Lawrence, one of two quarterbacks on last year’s FWAA Freshman All-America Team. Kedon Slovis was USC’s first quarterback to pass for 400 yards four times in a season and ranks in the national top 20 in five passing categories including yards, completions and touchdowns. Both were their conference’s Rookie (ACC) or Freshman Offensive Player of the Year (Pac-12).

Running back Javian Hawkins is Louisville’s first player to rush for 1,500 yards, finishing with 1,525 yards and third on the school’s single-season rushing list. He had eight 100-yard games. UTSA’s Sincere McCormick finished with 1,177 all-purpose yards to break the school’s single-season record. His 983 rushing yards were second all-time at UTSA.

Ohio State’s Ryan Day is the First-Year Coach of the Year after guiding the Buckeyes into their second College Football Playoff with a 13-0 record and a Big Ten Championship. Ohio State closed 13-1 after falling to Clemson in a Fiesta Bowl semifinal classic, but not before overseeing the nation’s No. 1 defense, No. 4 scoring defense, No. 5 offense and No. 1 scoring offense. He is Ohio State’s first Big Ten Coach of the Year since 1979.

The 13-person panel of nationally-prominent college football experts represented each of the FBS conferences along with independents in the selecting the team. Both true freshmen (20 players) and redshirt freshmen (12 players) were considered for the team and are so noted on the list below.

About Shaun Alexander
Shaun Alexander is a former All-Pro running back with the Seattle Seahawks (2000-07) and Washington Redskins (2008) and a former All-SEC player at Alabama (1995-99). He finished a four-year career with the Crimson Tide holding 15 records including 3,565 career rushing yards and most touchdowns (5) in a game. He was drafted by Seattle as the 19th overall pick in the 2000 NFL Draft, and in his second season had a breakout year with 1,318 yards and 14 touchdowns, including a franchise-record 266 yards on 35 carries in a memorable ESPN Sunday Night Football game against Oakland. Today Alexander travels the country speaking and teaching people about the things he is passionate about – his Christian faith, marriage, fatherhood, football, winning, leading and love.

About Stand Together
The Stand Together Foundation is committed to breaking the cycle of poverty by supporting the creative solutions of individuals and organizations who are driving dynamic entrepreneurship in communities across the country and helping people transform their lives. Founded in 2016, the Foundation partners with the nation’s most effective and top-performing non-profits to help them deepen and grow their impact through innovative solutions to break barriers for people in poverty so that they can realize their potential.

Founded in 1941, the Football Writers Association of America consists of 1,400 men and women who cover college football. The membership includes journalists, broadcasters and publicists, as well as key executives in all the areas that involve the game. The FWAA works to govern areas that include game-day operations, major awards and its annual All-America team. For more information about the FWAA and its award programs, contact Steve Richardson at tiger@fwaa.com.